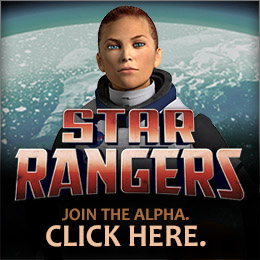 END_OF_DOCUMENT_TOKEN_TO_BE_REPLACED

Play the Star Rangers Alpha video game on their PC. Star Rangers is a game that allows game players to experience being an astronaut, realistically, in the near future, about the year 2035.

- You now spawn 600 meters above the ground in the tutorial.
- Space buildings should save and load properly now.

Star Rangers™ is ever developing!

A closed alpha test has been running since February 26, 2015. Star Rangers™ on Steam, lets you explore the solar system of the near future. As an astronaut, you must mine, explore, and survive with other players.The game features hostile environments including Mars, Europa and even the Moon. Star Rangers™, made in collaboration with NASA, promises weekly updates, surprises and dizzying action as you gear up for outer space.